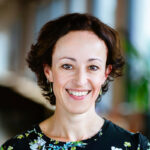 The Back Page regrets to inform you you’ve been underestimating dolphins, again.

These extremely smart creatures apparently queue up to rub themselves against particular corals, causing them to release mucus with bioactive properties that may help resolve skin infections.

This would be the first time animal self-medication – or zoopharmacognosy – has been observed in cetaceans.

And they’re not just smart, they’re polite too.

“When in groups, dolphins are often observed queueing up behind each other to wait their turn to approach the invertebrate,” the authors write, evoking a kind of marine waiting room.

Baby dolphins at first only watch then tentatively join in: “As they start to become integrated into the group rubbing event, the calves carefully rub themselves on the substrate by touching it with certain body parts quickly”, which shows the behaviour is not innate but socially learned and transmitted between generations.

The team sampled small amounts of the corals and sponge and found 17 bioactive compounds with antibacterial (against Gram-positive and Gram-negative bacteria), antioxidative, acetyl-/butyrylcholinesterase inhibiting, estrogenic, antiestrogenic, antiandrogenic, and genotoxic properties.

Wildlife biologist Angela Ziltener, who first observed the rubbing behaviour, describes the reefs where this occurs as a kind of spa resort for dolphins: “Many people don’t realize that these coral reefs are bedrooms for the dolphins, and playgrounds as well,” says Ziltener. In between naps, the dolphins often wake to perform the coral rubbing behavior. “It’s almost like they are showering, cleaning themselves before they go to sleep or get up for the day,” she says.

The sting in the study is that swimming with dolphins is becoming popular in the region, and exploitative tourism threatens to disturb this extraordinary environment unless the reefs are protected.

If you see something that salves a wound, flip it to penny@medicalrepublic.com.au

pain Scientists are building robots that can feel pain